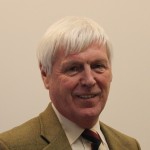 David is a specialist agricultural valuer, auctioneer and land agent qualifying at the Royal Agricultural College Cirencester where he won the Harker Silver Medal as the most promising land agent. A Fellow of the Royal Institute of Chartered Surveyors and Fellow of the Central Association of Agricultural Valuers, he has been in practice since the early 1970s working at the Waldegrave Estate in Somerset, moving to Hereford in 1971. He joined FH Sunderland and Co, Hereford and became an Associate Partner of the Firm. In 1984 he set up his own agricultural practice and merged with Sunderlands in 2007, forming the Firm of Sunderlands and Thompsons now, following acquisition of Turner and Co, known as Sunderlands. He obtained a Certificate in Arbitration Practice and is a specialist agriculture arbitrator of which presently only some 27 currently operate in the Country.

He is engaged by Sunderlands as a Consultant to the Firm.

We also use analytics & advertising services. To opt-out click for more information.